This piece is one in a series of blog entries from recent BioScience authors called "BioScience Bytes." In them, our authors provide commentary on their articles, enlivening the sciences and making the peer-reviewed literature approachable for all readers.

In this piece, Tor Johnson describes his third-place entry in the 2021 Faces of Biology Photo Contest, sponsored by the American Institute of Biological Sciences (AIBS) and the Society for Integrative and Comparative Biology (SICB). 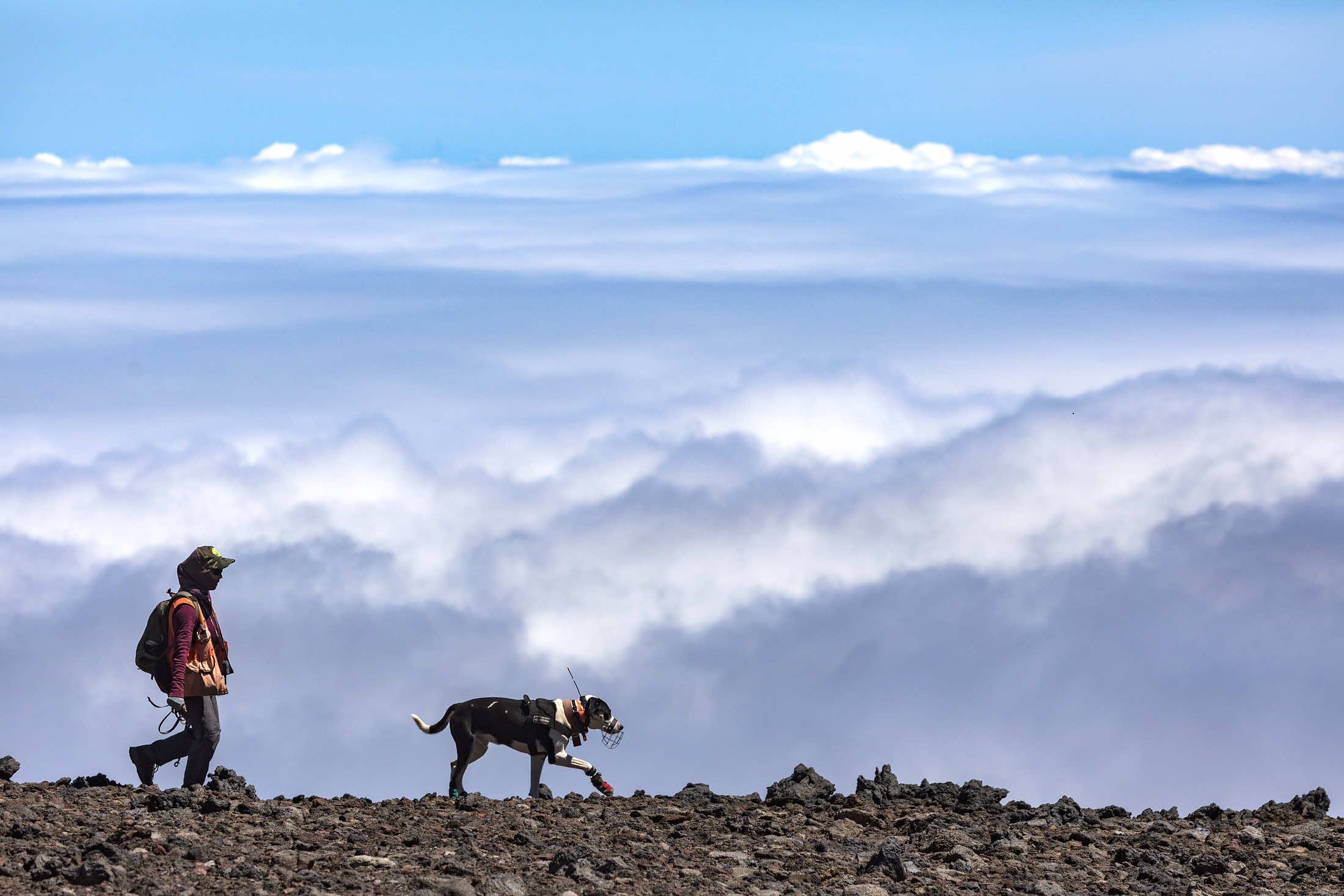 I shot this photo at about 10,000 feet elevation on the slopes of Mauna Kea, a dormant volcano on the Big Island of Hawaii. The landscape up there is quite barren, because it’s above the trade wind cloud belt, and gets very little rain. Research scientists refer to the area by the nickname “Mordor.” Photographically, I am drawn to the feeling of being above the clouds, not only because of the surreal feeling, but also because it illustrates the extent to which researchers go in order to gather data to protect sensitive species. The telephoto lens draws the background clouds and foreground canine team together to give the appearance of the subjects walking in the sky.

In this image, Michelle Reynolds, an avian biologist, and her dog Panda are looking for the nests of Hawaiian petrels, an endangered endemic seabird. Acoustic recorders, or song meters, have detected the presence of the species on the slopes of Mauna Kea and have helped to narrow down potential nesting sites, but thus far, only a few of their burrows have been found and confirmed. The goal of using scent detection dogs is to locate additional nests in those areas that would subsequently be confirmed using wildlife cameras.

Hawaii’s seabirds evolved without natural land predators, so these burrow-nesting birds are not equipped to protect themselves from introduced mammals such as cats and rodents. Finding the birds’ nests will help researchers determine where and how best to mitigate those predators, using techniques such as strategically placed fencing and predator traps.